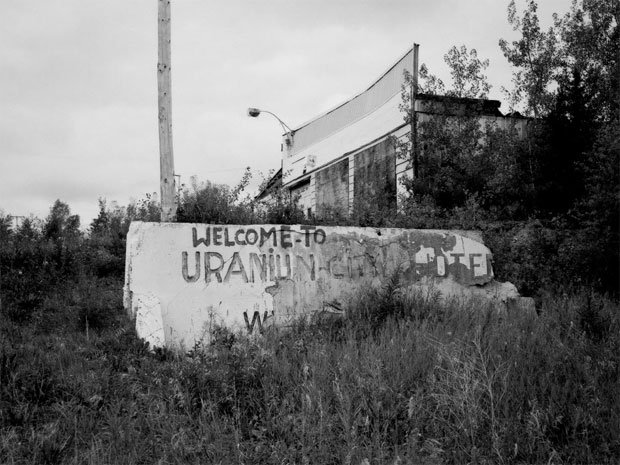 Northern Saskatchewan’s Uranium City may be a life too isolated for the likes of most city dwellers, but as photographer Ian Brewster and anthropologist Justin Armstrong discovered on their trip to the ghost town, the city’s sense of community has kept its remaining 70 inhabitants going strong.

“I have this idea of writing a place into existence,” says the 35-year-old Armstrong, a professor at Wellesley College outside of Boston. He wrote his dissertation on vanishing cities across Canada and the United States, and wanted to continue his work with the Saskatchewan Heritage Foundation through Uranium City. “So how do you take it from being just a sad, abandoned place to having a really rich narrative and history that might otherwise have been evacuated?”

While Armstrong focused on speaking with the remaining townspeople to gain a folkloric understanding of the town’s fading history, Brewster documented the surrounding community with his Kodak film camera, focusing on the people left behind rather than the deteriorating remains of Saskatchewan’s most northerly settlement.

read the rest of the article here